Blakeslee has been making inkjet prints of staged scenes using miniature figurines since her "All Dolled Up" show at J Crist in 1999. Typically small in scale, their impact as psycho-dramas has been reduced by the "cuteness" of the figures and their accessories. This new work is in a much larger format that subverts daintiness and gives the images an unsettling edge. Some present strange encounters that eerily transform plastic into flesh and still lifes into social commentary. Bright artificial colors and beauty-pageant lighting and sets imbue other images with an extravagant, yet fragile preciousness, as summed up by the work The Artifice of Security. (In what may be considered a sister piece, Charm and Betrayal could also be titled The Artifice of Sincerity.)

In pieces like The Magic of Thinking Big and The Backward is Now Forward, the seemingly life-size and life-like presence of Blakeslee's doll and clown figurines are startlingly, nightmarishly real. The off-kilter Peace Off captures an hallucinatory funhouse experience in which a female figurine confronts the camouflage eyes of an enormous pair of masquerade glasses, the girl reaching out as if attempting to communicate with an alien being. Throughout, Blakeslee instinctively makes subtle, evocative maneuvers that manipulate the eye and mind. 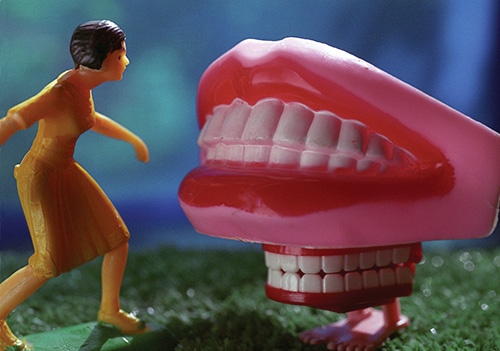 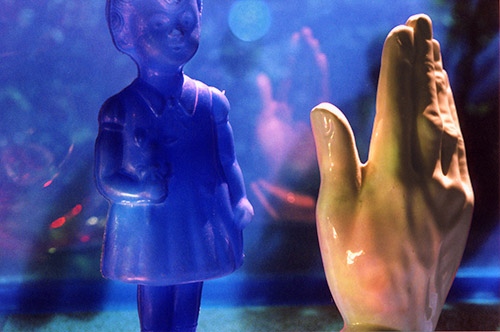 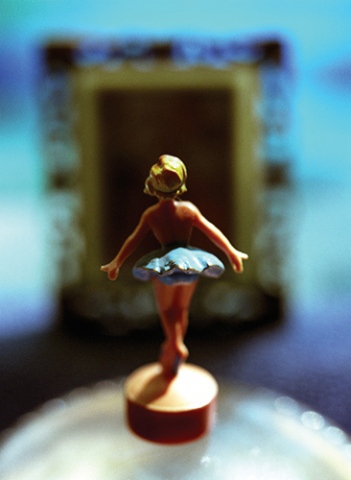 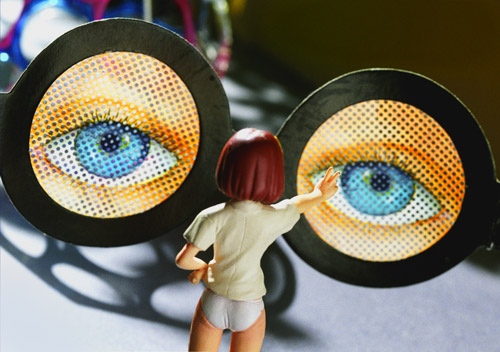 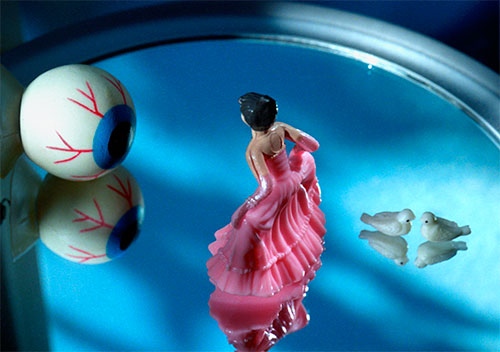 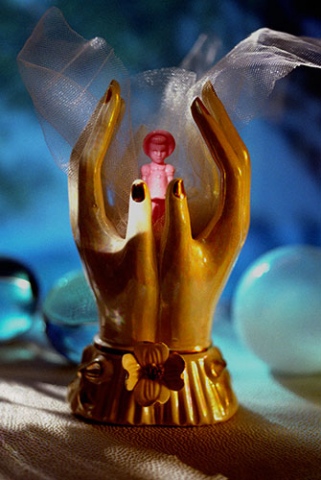 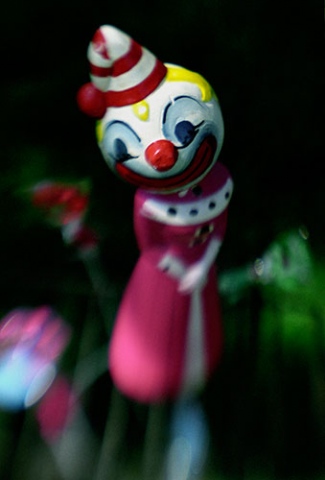 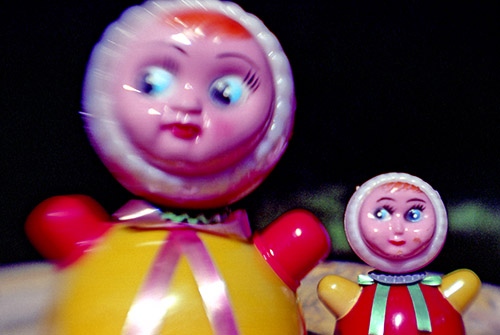 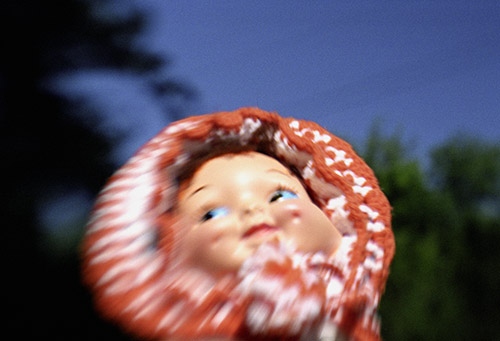