I began photographing the interior of my mother-in-law’s house shortly after the death of her husband. This is the house where they raised five children and have lived since 1970. It is a large colonial-style brick house; two stories, six bedrooms, a huge yard with an adjacent vegetable garden. It is located in Boise, Idaho, just a few houses away from the home I share with my family now. My own childhood was spent moving from one apartment complex to the next. I am drawn to what the accumulation of objects over many decades tells us about life histories, and about the shifting meanings of spaces.

The house isn’t the same place it once was – it doesn’t serve the same purpose. Today, with the kids grown and moved away, it serves as a central gathering place. Yet it still retains remnants of the past. The family refers to the bedrooms as the “orange” room or the “blue” room, based on the colors the children chose to paint their rooms, even though those colors have long been painted over. Throughout the house there are traces of a life – grandfather clock in the entryway, antique icebox at the back door, a sticker on the back of a bedroom door recalling the domestic conflict over the Vietnam War.

Items left behind or passed on may seem unrelated and arbitrary, but they are clues to who these people are. Some items have become invisible, and have little meaning until seen through someone else’s eyes. I am interested in the value of material things and the way they are tied to people and their life histories. 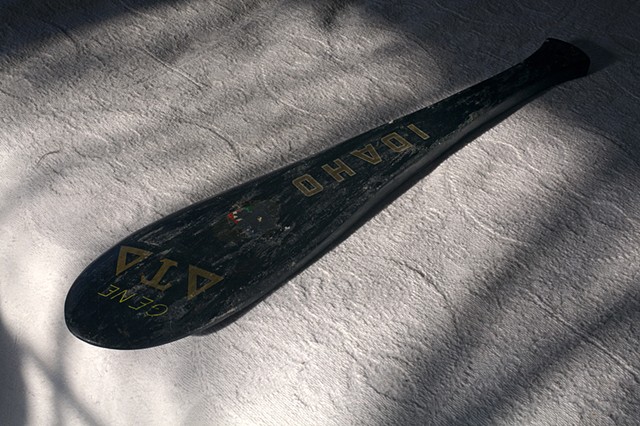 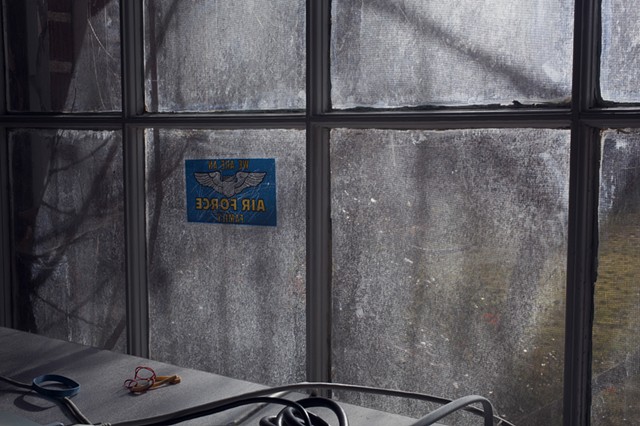 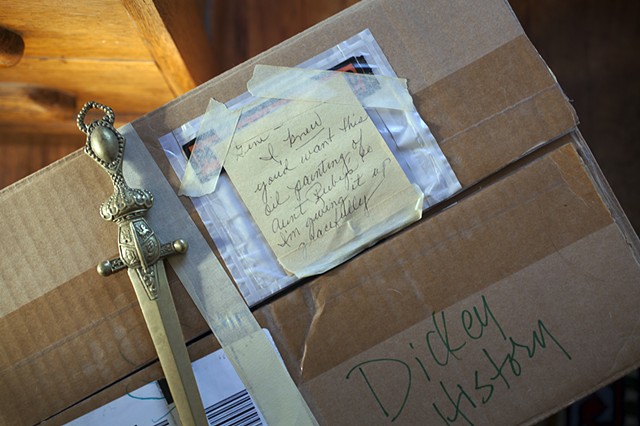 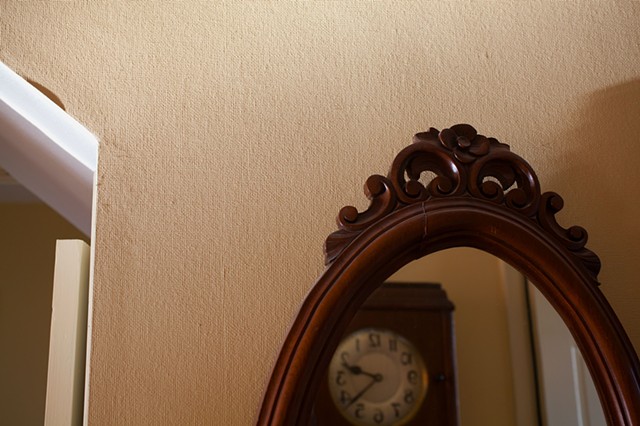 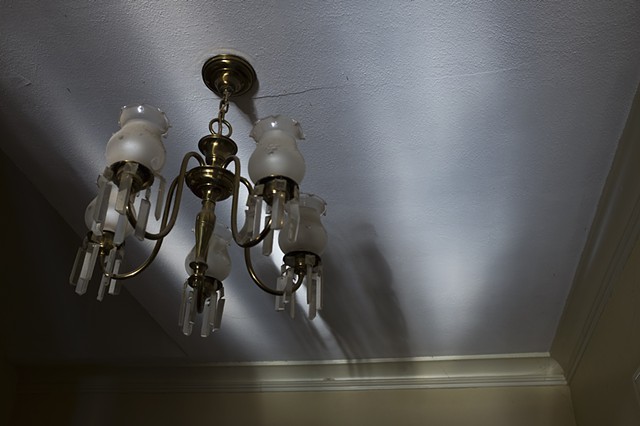 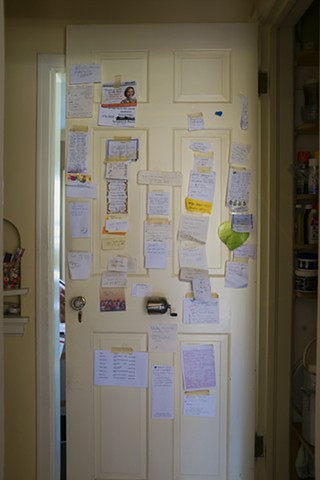 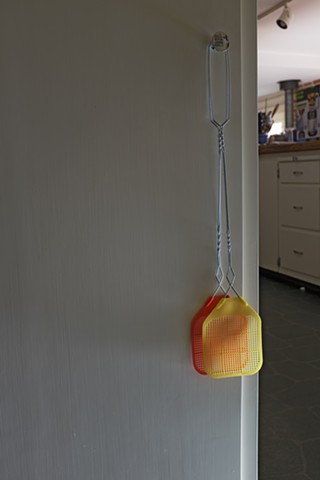 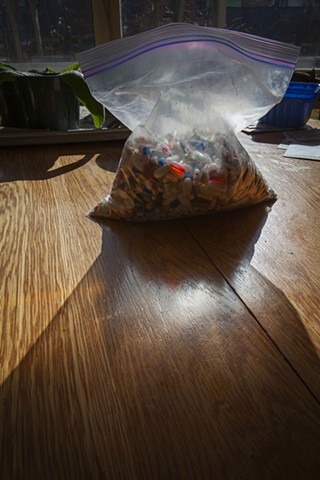 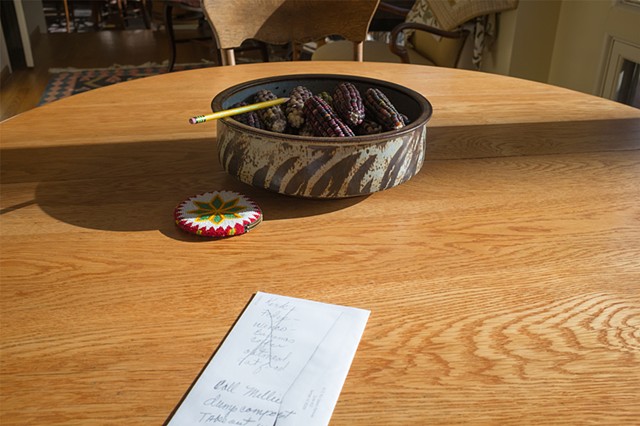 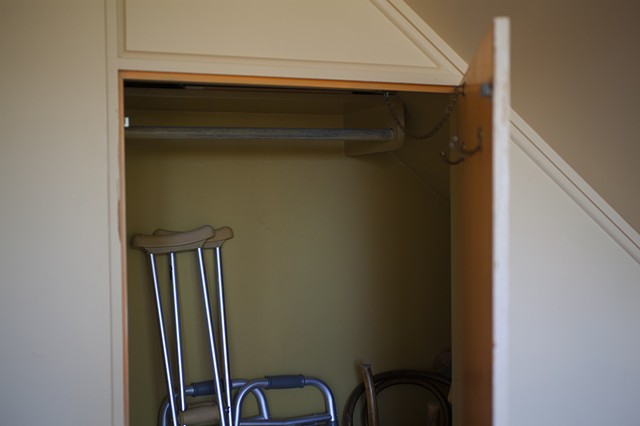 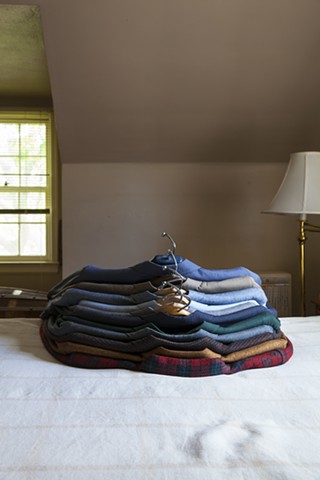 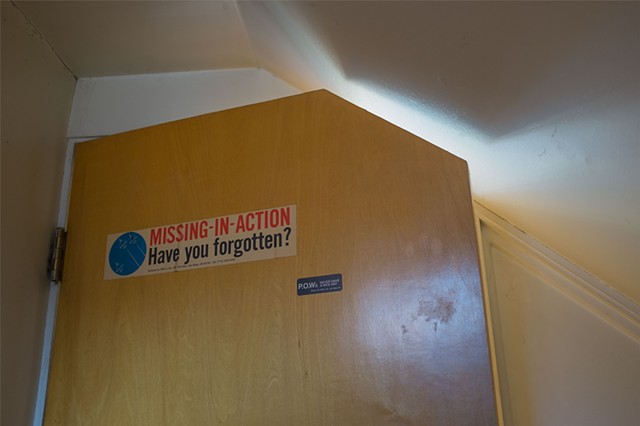 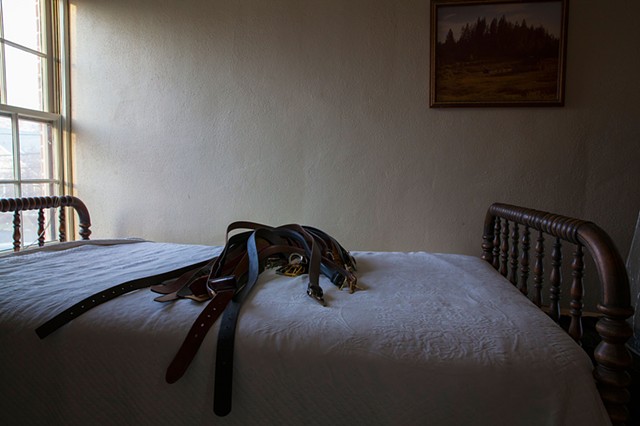 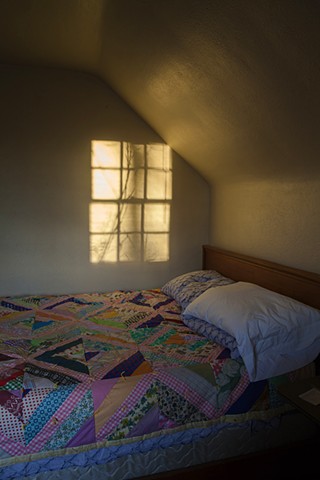 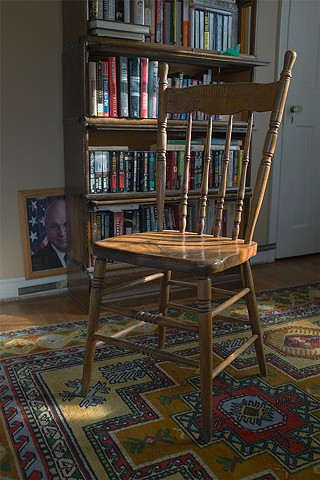